I posted on two pretty heavy subjects last week, September 11 and Cancer, so I've decided to write on a much "lighter" topic today: funny kid stories.

The girls are forever saying funny things, mispronouncing stuff and doing funny things. I've tried to keep track of them all in hopes that I would remember them and tell them stories when they are older. I love it when my family tells me funny things I said or did as a child and I know my girls will treasure these stories as much as I do!

So here are just some that I've collected over the last couple of years (no joke!). I have more but I figured this was a good start!

One of my favorites is Kiki and the fish sticks. She was eating some for dinner one night about a year ago and said "Why do they call them fish sticks? There isn't any fish in them! They should just call them sticks!" Now I always assumed she knew she was eating fish and never felt the need to say "um, that is fish you are eating". She is somewhat picky and I figured she eats them, likes them and she's getting fish in her diet, so I went by the don't ask, don't tell policy. So when she asked that question, Bill and I just looked at each other, smiled, and then looked at her and shrugged. She didn't carry it further so we just let it go. The subject came up again recently , and Boo said to her "because it is fish - duh!" We waited to see Kiki's response and she said "No its not." I was waiting for the argument to continue and for one of them to ask us to settle it, but nothing more was said about it. Then the other night they were eating chicken nuggets and Bill joked with Kiki"what's in your chicken nuggets?" She shrugged so I said, "chicken of course!" She acted like I was the one kidding and said "naaaah." : ) Not sure if she discovers if it is really chicken and fish she is eating if that will make her become a vegetarian or not. We've discussed that steak comes from a cow, pork from a pig, etc. Yet somehow chicken and fish don't come from animals of the same name. Hmmmmmm. Gotta love the mind of a seven year old!

When Boo was about four we were upstairs cleaning and folding laundry (or I was, she was playing of course) and she was walking around with her doll. She lifted up her shirt, pointed to her nipples and then asked "what are these called?" I told her "nipples." She smiled and walked away. A little while later she comes up to me, holding her baby doll up to her chest and says "look mommy! My baby's drinking from my pimples!" I had to turn away from her to laugh because she was so proud of herself, I didn't want her to think I was laughing at what she was doing.

A couple summers ago I was trying not so really hard to lose some weight. One day after I had finished mowing, Kiki asked why I mowed instead of Daddy. I told her because I wanted the exercise and explained about the importance of staying in great shape, but never mentioned needing to lose weight. Later that day she wanted to go on a long walk with me and get some exercise. While we were walking she says "Mommy, you're getting more weighed down from all that mowing and this walking." Obviously she had heard me tell someone I wanted to lose weight! Ha ha!

Boo to Kiki, when she was trying to talk and Kiki was singing: "Kiki, I can't hear my listening!"

Boo at the zoo this past spring, worried about seeing the sharks and wondering if they were behind glass: "Mommy are the sharks in glasses?"

Kiki to Boo when were driving past the airport and looking at the planes: "Airplanes can go faster than cars because there is no roads or police's."

Boo while washing her hands in the scalding hot restroom water at Olive Garden: "Mommy it's freezing hot!"

Boo on our recent airplane trip to California, still on the runway waiting to take off, "Are we still on the ground?" Then a few minutes after take off, as the plane reached a cruising altitude, she says, "Why did we stop?"

That's all for now, but I am sure I will have more funny news to report in the not so distant future! 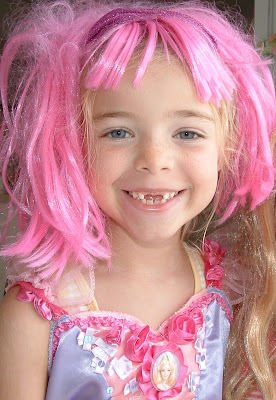 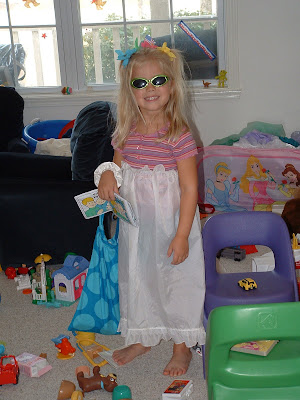 Ha ha! Oh, I love these. Kids are great for a laugh, aren't they? And they don't even realize that we're being entertained.
My favorite? "I can't hear my listening!" ha ha ha!