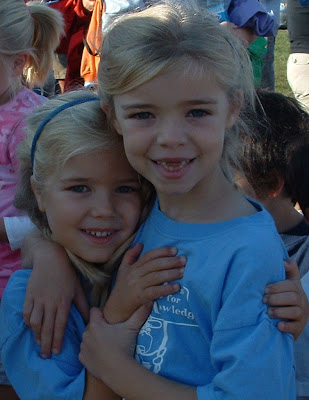 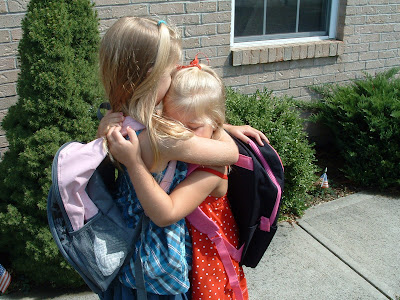 Wordless Wednesday - Too Cute for Words 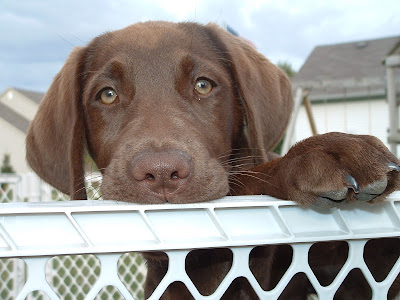 Who knew Sunflowers grew as tall as your house? I sure didn't! It took them all summer to grow and we didn't think they'd ever bloom. . . but they did! 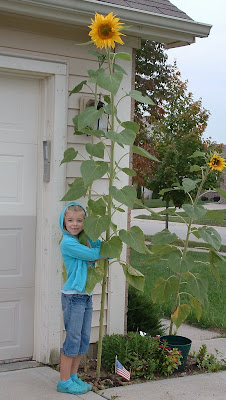 Have you hugged a sunflower lately? 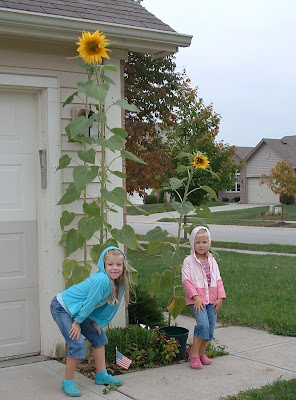 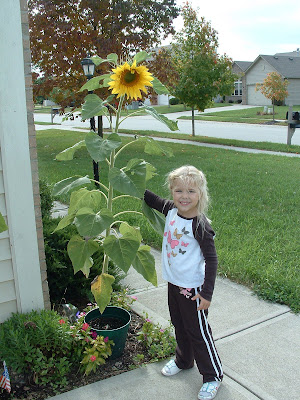 One of our favorite traditions (and we don't have many!) is our annual trek to the local Pumpkin Festival. We always manage to find the hottest sunniest day of the fall to go and pick our pumpkins, and this year was no exception! The girls love this tradition and Fall just wouldn't be the same without it. 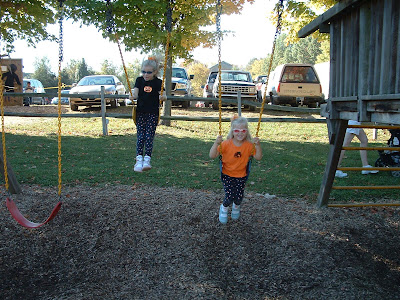 You wouldn't know we have swings in our very own backyard. . . 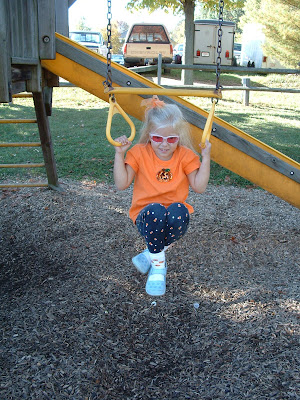 Look how strong I am! 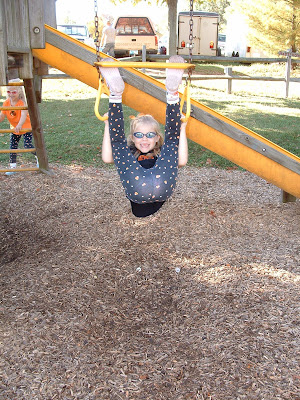 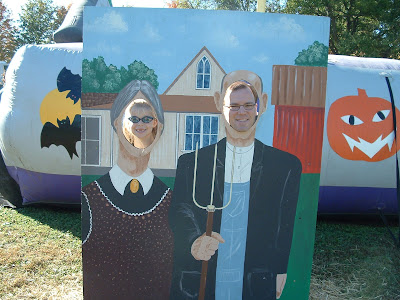 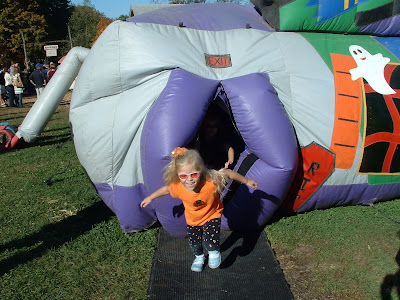 Boo enjoys the not so Haunted House 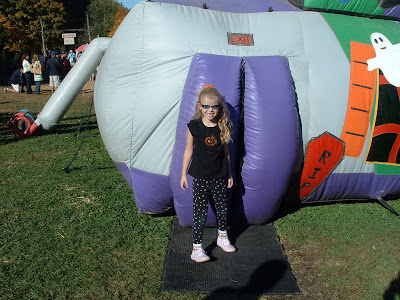 That was supposed to be haunted? Seriously? 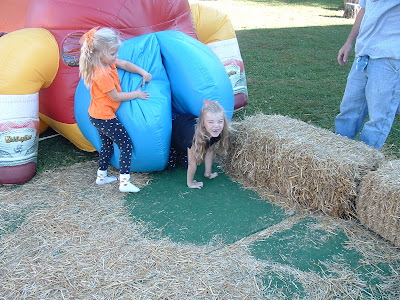 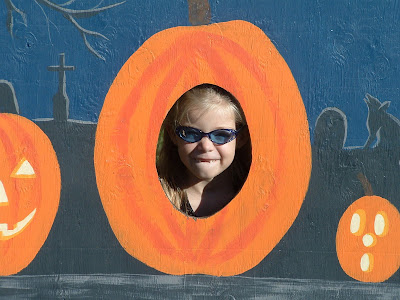 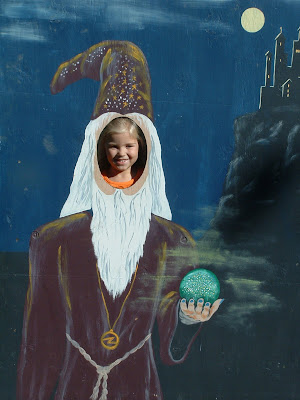 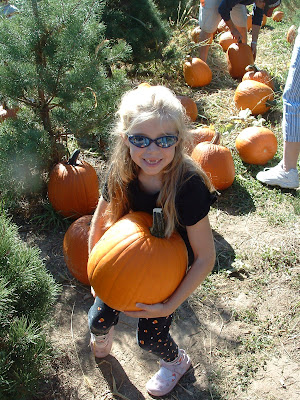 Hurry up and take the picture so I can put this thing down! 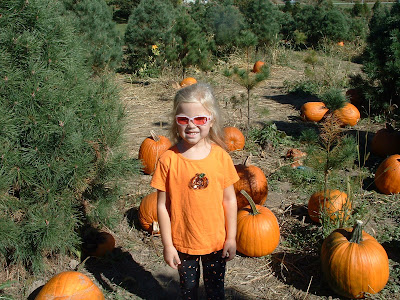 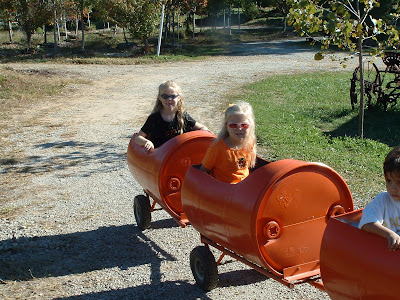 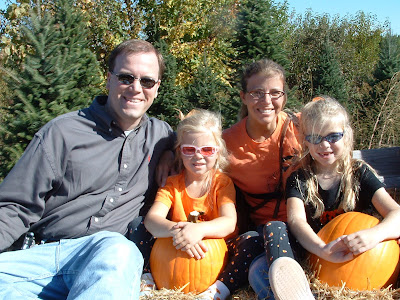 Superheroes to the Rescue

What happens when you put together a pull up (unused of course), blankets, a shopping bag and two imaginative little girls? New superheroes are invented!
Meet Diaper-head girl and Bag head girl. . . 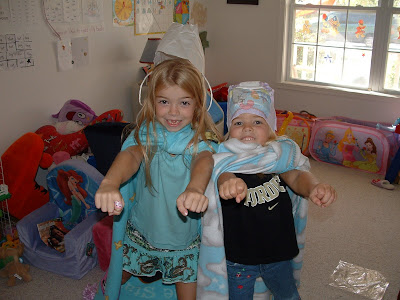 Bag Head Girl and Diaper Head Girl to the rescue!! 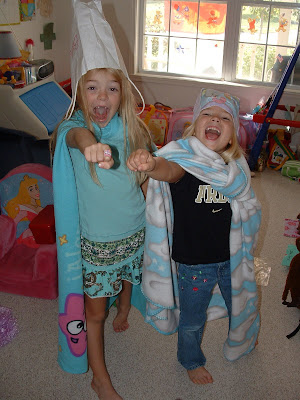 Their imaginations never cease to amaze me!
Posted by Kristi at 9:56 AM No comments:

Anyone that knows me well, knows I am not normally one to get into politics. I usually despise politics and will avoid political discussions at all costs and so far have avoided blogging about it. As I sit here and listen to the debates, I am quickly reminded why I despise this topic so much.

As I listen to both McCain and Obama make their promises, I can't help but feel slightly annoyed. Every person running for office, whether it be a spot on the city council, school board, Mayor, Governor, PRESIDENT, makes promises they just can't keep. So as I listen to tonight's debate, I am hearing the same talking points over and over on both sides, and both candidates promising to fix the economy, education, health care, energy, etc. Well we all know no one can keep that many promises!

I can only hope that whomever is elected, does SOMETHING, ANYTHING, about the Health Care crisis in our country. Every four years a President has been elected into office, and every four years that person promised to fix health care. Yet I have seen little, if anything, done to fix this crisis.

I have two children, so this is an especially sensitive topic for me. Both of my girls have allergies and asthma. Both of them have seen their fair share of the pediatrician, specialists and the ER. I can't imagine not having insurance and having to pay for all of this out of pocket all of the time.

In January 2007, we switched our health care plan through Bill's work to a High Deductible Health Plan with a Health Savings Account. We set aside a certain amount each month and his employer also contributes money towards this account. Our family deductible is six thousand. Yes, you heard me right, SIX THOUSAND! Until we reach that deductible each year, we have to pay for all of our medical expenses out of pocket. And lo and behold wouldn't you know it, on January 1, 2007, Kiki injured her eye and had to go to the ER! So we were off to a great start that year!

One thing I learned being on this plan is the true cost of medications. Before this new plan we'd always just paid a co-pay, and rarely paid more than twenty or thirty dollars for a prescription. If we were lucky enough to get a generic we might have paid ten. Bill and the girls are all on allergy medications year round. Both girls are also on asthma medications daily. One of those asthma meds costs over four-hundred dollars for a sixty day prescription. FOUR HUNDRED DOLLARS. And that is just ONE medicine for ONE child! That doesn't count the other medications they need monthly, which cost around one hundred per month each, nor does it include any other medications they might need throughout the year. Needless to say, we hit that six thousand dollar deductible that first year around October or November.

When I first realized how expensive the medicines were, I was shocked. I thought "how in the world to people without insurance afford this?" The more I thought, the more upset I became. Our family is fortunate enough that we have insurance. I can't imagine how anyone can pay for any medical expense without it. How does a person without insurance for their child pay for a four hundred dollar medicine for their child that they need!? This isn't a medication that children who need it can just go without and do okay. This medication is something vital to keep children with asthma healthy, and to allow them to live an active life. For some children, this medication is vital to keeping them alive. Yet many people cannot afford to put their child on this medication. How could they? For many people that amount of money buys their food, clothes, etc. Where is the average person without health care going to come up with that kind of money?

What if a person has cancer, diabetes, or one of many other diseases? How do they afford treatment - can they even get treatment - if they don't have insurance? And even if they do, what happens when the insurance company refuses to pay for a procedure or medication? Or if a person meets their maximum and the insurance company refuses to pay for anything more? This happened recently here locally. A nineteen year old with Leukemia needed a bone marrow transplant. His family did not have the money to pay for it, as he had hit the one million dollar cap on his insurance policy. When the local community here found out about his plight, they came together and raised nearly $900,000 to help him. Unfortunately for this teen, it was too late. Before he could get his transplant, he became sick again and passed away.

So basically, the way I see it, a teen DIED because an insurance company refused to help pay for his treatment. In my opinion, THAT SHOULD NEVER HAPPEN. No one should die because they can't afford to pay for medical treatment. And its not like just anyone has $900,000 floating around to pay for cancer treatments. The only good thing to come out of that whole situation, is that the money the community raised went into a fund for other patients that are unable to pay for their treaments. *SIGH*

So, as I continue to listen to this debate, I wonder if our next president is going to make this a priority, as both candidates claim they will. There is so much else going on right now, with an ongoing war in Iraq, an economy in crisis, and gas prices soaring, I worry that once again health care will take a back seat. I hope I am wrong, as something needs to be done to fix it. I don't know what the right solution is, but something has to change and health care reform needs to be a priority, not just a promise.
Posted by Kristi at 10:22 PM 3 comments: