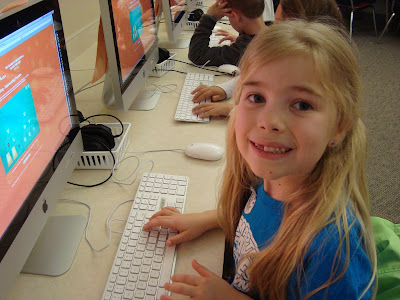 Upon hearing the news of the death of former Apple CEO,  Steve Jobs, suddenly I felt old.  He has been an American icon 3/4 of my life, and I am having a hard time accepting he is gone. I never thought his death would impact me this way, that I would feel so sad. But it has.

I grew up in an "Apple" family. We got our first Apple when I was a 'tween, and I knew nothing different when it came to computers, until I married my husband, a "Windows PC" guy. I still owned an Apple when we got married, but he dragged me over to the dark side when it was time for us to get a new computer.  Even though I was resistant at first,  I eventually accepted Apple's rival device and learned how to use it with very little trouble.  But this new Windows computer's  operating system was modeled to be like an Apple, so it really wasn't that much harder to learn.

But I always had that longing. Every time I'd see an Apple ad on TV or in a magazine, I'd wish I still had one. Then for a while, when Apple wasn't doing so hot, I figured I was better off knowing how to use a Windows PC.

My parents, however, both still owned Apple computers and pretty much swore they'd never buy anything else (my brother drifted to the dark side well before me). My mom worked for a university and was surrounded by Apple products, so she wouldn't have dreamed of owning anything else.

My dad was more or less the same way. He was loyal to the brand, despite being forced to use Windows products when he was at work. And when the iPod first came out,  he was forever hooked. You see, my dad has a ginormous CD collection and so when iTunes and the iPod came along, it was as if they were made just for him. He eventually imported every CD and LP he owned, to his Mac computer. He was able to easily make endless mixed playlists, something he loved to do, and take them with him on his iPod everywhere he went.

Fast forward a few more years.  I was using a laptop with Windows software,  but getting very frustrated with its constant crashing and other annoying issues.  We'd had it a while and I was more than ready for a new one but that was just not in the budget.  Knowing this, my mom gave me her aging laptop (she was upgrading and buying a new one) and I got a chance to experience the "new" Apple firsthand.  I wasn't sure at first, afraid they would have changed their product so much it would take me months to figure everything out. But using an Apple is like riding a bike - once you learn how, you never forget.

I eventually got another, "newer" Apple laptop (thanks, Mom) and found my way back from "the dark side."  Now I work at a local elementary school teaching technology to students in grades Kindergarten through 4th grade. My job is to help to integrate the technology with the curriculum the students are learning in their classrooms. And of course, no surprise here. . . the students use iMacs and many of the teachers use iPod touches to teach their students lessons in the classroom. Our school also just got a set of iPads and are slowly, but surely, moving our way to being a "21st century school."  I also teach the students about the technology they use and help them become familiar with some of the well known "Tech Wizzes" like Steve Jobs, who passed away just one day after I discussed him with my students. He was my "tech wiz" of the month this past September.

I feel like I've come full circle.  I strayed for a bit, but found my way back to Apple products.  Not only do I use Apple products at school (my work laptop is also an Apple),  but we have a house full of products displaying that now famous logo.  My husband was the first in our family of four to get an iPod and now he has an iPod touch.  We bought my daughter, Kiki, who is almost 11 years old, an iPod Nano for Christmas last year.  I have an iPod, iPad and a Mac Mini, which was a birthday present from my husband for the girls and I (since we all use Macs at work and school). We have an Apple TV, my anniversary gift from my PC guy husband, who also just pre-ordered my very first iPhone (the 4s!!).

Apple products have become part of our everyday lifestyle.  I rarely go one day without using something that was once just an idea in Steve Jobs' brain.  I am typically not one to spend more than an an hour or two mourning the loss of a celebrity, but this is different.  Steve Jobs became famous for helping to create some of the worlds most used and beloved products.  He had the idea to create a computer that the average person could use, no matter their skill or knowledge.  Whether you use Apple products or not, in some way or some fashion something you use everyday (or quite often) was created to be just like it, or even better, may have even been designed or created on or by a person using an Apple product.  Steve Jobs' wasn't just the Apple CEO, he was an innovative genius and I can truly say he changed my life. I have no doubt he changed America.  He certainly belongs in the same category as those other famous "game changers" like Thomas Edison, Henry Ford, and Alexander Graham Bell.

I will not spend my days mourning him, but I will honor him the best way I know how - to continue to use the products he loved so much and wanted to share with the world.  To continue to teach and hopefully inspire the students I work with everyday, and my own children, to work hard,  to learn, and to never give up on their dreams.

Steve Jobs said it best with this now famous quote, "Your time is limited, so don't waste it living someone else's life. Don't be trapped by dogma - which is living with the results of other people's thinking. Don't let the noise of others' opinions drown out your own inner voice. And most important, have the courage to follow your heart and intuition. They somehow already know what you truly want to become. Everything else is secondary."

Thank you, Steve Jobs, for never letting anyone "drown out" your inner voice, for believing in yourself even when others did not, and for giving us that "one more thing."  RIP, Steve. 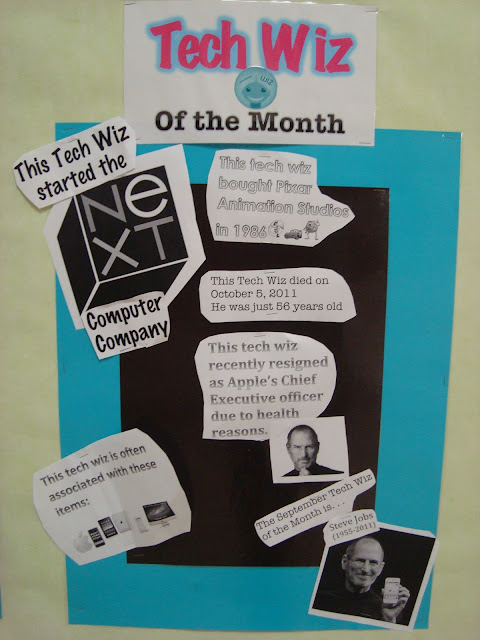